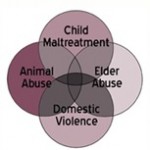 Whenever I hear that someone has brutalized an animal (not neglect, but actual harm and torture), I know that there is something in their past where either they were harmed or they grew up where violence was normalized. We are not born abusers, we are made abusers. It’s called the cycle of violence.

Children who grow up exposed to chronic violence develop beliefs that harming an animal, bullying, misbehaving and other criminal activity is the norm . It’s not the norm. When we see children behaving this way, we need to contact the proper authorities (police or child protection) so that they can intervene to rehabilitate that behavior.

Children are witnessing violence at alarming rates. That’s also not normal because it desensitizes them to harm. How many times do we need to see a child kill someone with a gun or harm an animal before we actually do something to stop future incidents?

People like to talk about the serial killers and how some of them started by torturing animals. While it’s true, it sensationalizes the documented link between harming animals and harming people. The research is solid that everyday crimes of violence towards animals has a likelihood of connecting to violence towards people.

Harm to an animal should be enough for communities and criminal justice professionals to take action, but people often don’t care until they think it will lead to crimes against people. So this is where I spend most of my time … educating human protection professionals, police and prosecutors on why animal abuse is a serious public safety issue. Here’s why:

I am often asked why animals are abused because for many of us, we cannot fathom harming an animal. Here are some of the reasons why (from a 2012 study):

Research is also verifying at alarming rates that children who witness abuse in the home, particularly animal abuse, are at increased risk of becoming a violent offender against people and animals.

In simple terms, when children and youth are allowed to grow up witnessing violence (whether that is violence in the home or violence on television/movies) their brains are not developed sufficiently to process it. Therefore, they grow up de-sensitized to violence and may become violent themselves. 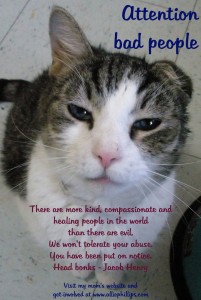 So what can you do? Report violence when you see it (especially against animals). No longer can we say “it’s not my responsibility”, when we are all responsible for how our society evolves. Neighbors are in a fantastic position to often see abuse (because the abuse of animals often happens publicly, outdoors). If you see something, say something. If you fear retaliation, make an anonymous report.

I have dedicated the past decade to educating criminal justice professionals on the importance of taking animal abuse seriously as it is directly tied to community safety. Want to learn more about this topic? Click here then click on “please fill out this form” at the top of the page to gain free access to a one hour webinar that I conducted on this topic (I will send you the password within 72 hours). The more we all know about how animal abuse impacts community safety, the safer our communities will be! 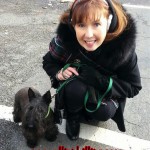 Allie Phillips is a nationally-recognized author, attorney and animal advocate. As a prosecuting attorney volunteering in her local animal control shelter, she exposed the barbaric practice of pound seizure and has gone on to eliminate the practice in numerous shelters. That started her path as a strong, effective and respected animal advocate. Allie has been a federal and state animal protection lobbyist and as the director of the National Center for Prosecution of Animal Abuse at the National District Attorneys Association, she teaches criminal justice professionals on animal protection and prosecution issues. She has written the award-winning and only book on pound seizure: How Shelter Pets are Brokered for Experimentation: Understanding Pound Seizure and the award-winning go-to guide on getting involved to help animals: Defending the Defenseless: A Guide to Protecting and Advocating for Pets. Most recently she co-authored Investigating & Prosecuting Animal Abuse: A Guidebook on Safer Communities, Safer Families & Being an Effective Voice for Animal Victims.

Join in on the conversation!