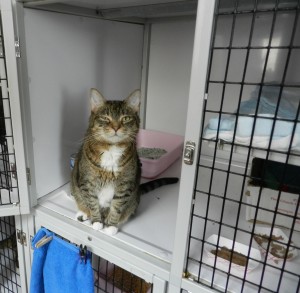 Sierra waits for her new home, but will not be free!

We all know that animal shelters are over crowded, especially at this time of the year. I’m a big believer in creative adoption programs that feature shelter companion animals and get them adopted into good homes. I’m currently in the process of putting together my cat orphanage’s annual What About Me® adoption campaign video that showcases our senior, shy and long-term cats. Creativity is definitely a bonus when rehoming shelter companion animals.

Taking care of a companion animal is a life time commitment, that includes a financial commitment. I understand the urgency that some shelters feel to get the companion animals out to homes and that can result in some poor practices. For years I volunteered in a shelter with a high euthanasia that also sold the companion animals to research. Talk about working in panic mode everyday!!!! But even with that, we did our best to properly screen adopters and rescue groups that helped us. What I have learned over the years is that you could be sending that companion animal into a dangerous situation or the animal could be returned because of a poor matching process. It is critically important to spend the time up front to match the person to the companion animal and insure that they can afford their new companion.

The Young Williams Animal Shelter in Knoxville, TN recently learned that 3 of their recent adoptees were being sold on Craig’s List. This is the story. As well intentioned as it is to waive adoption fees or let donors “sponsor” an adoption fee, there are far too many situations where this has happened. When a companion animal is placed on Craig’s List, the screening process for that animal is minimal or non existent. Craig’s list is not a safe place to sell anything that has a pulse. Harsh, but true. Without getting too graphic, I know of animals who have been used in research, for dog fighting bait, and kittens being fed to snakes. So for the Knoxville shelter, I doubt that they have any recourse to have those 3 animals returned. It’s not illegal to post animals for sale on Craig’s List, so those 3 animals may not be saved.

Craig’s List postings, free-to-“good”-home ads and waiving adoption fees are fraught with issues. Anyone who wishes to obtain an animal for ill-purposes (such as reselling to research, to a dog fighting enterprise, etc.) will not pay an adoption fee. Even charging $40 will greatly deter those people.

So please reconsider the “free adoption” programs. If you want to help an adopter, consider giving them a voucher for free pet food, or a free vet visit. The Knoxville shelter has decided to continue their free adoption program, but will not advertise it until after the have a signed contract. The bottom line is that we have to be safe when we are responsible for rehoming companion animals. Their life is literally in our hands.

I would love to hear from you on some creative adoption programs that help companion animals and avoid this issue. Please share! 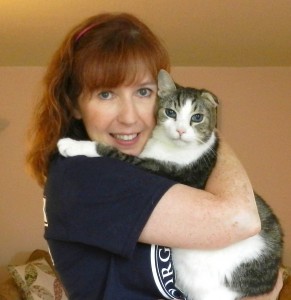 Allie Phillips is a nationally-recognized author, attorney and animal advocate. As a prosecuting attorney volunteering in her local animal control shelter, she exposed the barbaric practice of pound seizure and has gone on to eliminate the practice in numerous shelters. That started her path as a strong, effective and respected animal advocate. Allie has been a federal and state animal protection lobbyist and nationally trains criminal justice professionals on animal protection and prosecution issues. She has written the award-winning and only book on pound seizure: How Shelter Pets are Brokered for Experimentation: Understanding Pound Seizure and the go-to guide on getting involved to help animals: Defending the Defenseless: A Guide to Protecting and Advocating for Pets.