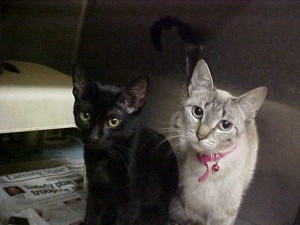 Most people wish for animals to be in safe environments and to be removed from places that cause them harm, right?. But when those animals arrive at the local animal shelter, then what? In too many cases, those same animals who were brought to safety have their lives ended because the shelter is overcrowded, does not have the resources to care for them, and does not have enough adoptive homes. Polk County Animal Control in Winter Haven, Florida is dealing with this situation right now. In the past week, 42 cats and dogs were seized from a backyard breeder, and 50 animals were seized from an exotic animal store where the power had been off for days and the temperate was almost 100 degrees. There has to be more that we can do other than clamor for better animal cruelty laws, encourage the seizure of animals from unsafe places, but then leave them at a shelter that is already overcrowded and under resourced. What can be done to help re-home the healthy and adoptable animals that deserve a second chance? Chime in!