Welcome guest blogger, Julie Germany, a friend and fellow feline adopter! I asked Julie to write a blog after she adopted 2 brothers this week in the wake of one of her cat’s passing away. She and her husband now have 4 cats and it caused some frustration for me to see people calling her a “crazy cat lady” on her Facebook page. To me, this causes three concerns: (1) it denigrates and perpetuates an inaccurate stereotype of any female wanting to adopt a cat out of fear of being called a “crazy cat lady”, thus reducing the number of shelter cats that can be re-homed, (2) it continues a negative perception towards cats (because you really don’t hear anyone being called “crazy ferret lady”) and (3) it makes light of the very serious and tragic situation where people do hoard and harm animals. And by hoarding, I don’t mean 4 cats … I mean hundreds of animals (and not just cats) to where they do not receive veterinary care or individualized attention/socialization.

So while some people may think it’s funny to call a female a “crazy cat lady”, I say “shame on you” for making anyone feel badly for having the compassion to open her home to four cats who are very well cared-for. Especially for the two recent adoptees who came from a cat orphanage where they resided for over 13 months, were adopted, then returned, and resided another 18 months (and were also friends with her two other cats, who came from the same cat orphanage). Shame on you for not saying, “Congratulations on opening your home to two more cats who are the luckiest cats in the world.”

Read on as Julie so aptly puts this situation in perspective! Folks, let’s keep the focus on praising those who adopt from shelters and provide wonderful homes, and differentiate them from those who truly collect and harm animals due to a mental illness. Bring it on Julie!

If I had four horses, would you call me crazy or weird? Or would you just call me a horse lover?

What about four kids? If I had four kids, would you call me crazy? Or would I just be a mom?

Let’s say I’m a man with four dogs? Would you call me crazy then?

This week my husband and I brought home our third and fourth cats, two brothers who simply could not live apart and who had been at the cat shelter for over three years. Most of my friends and family were happy for us and understood the role that our pets have in our lives.

They knew that we live in a large, four story house with lots of room for the cats to play and that we invest a lot of time, love, and occasionally money in making sure our pets are well fed, cared for, healthy, and happy. They also knew that we recently lost a pet, and that the experience left us heartbroken.

But then there were the others who thought that four cats perhaps represented some type of imbalance or dislikable impulse. I have become a “crazy cat lady” — sometimes said unknowingly with love, sometimes said with judgement. And that makes me angry.

Why is having compassion for animals something crazy, compulsive, and strange?

Compassion and care for those who cannot speak for or fight for themselves — animals, children, the poor, the injured, the impaired, and often throughout history, women — are qualities that reflect the best possible parts of being human. Those have helped lead humanity forward and expand our universe have felt similarly.

Albert Einstein said, “Our task must be to free ourselves… by widening our circle of compassion to embrace all living creatures and the whole of nature and its beauty.”

Or consider Arthur Schopenhauer, who wrote “The assumption that animals are without rights, and the illusion that our treatment of them has no moral significance, is a positively outrageous example of Western crudity and barbarity. Universal compassion is the only guarantee of morality.”

St. Francis of Assisi, who is depicted surrounded by animals, said, “If you have men who will exclude any of God’s creatures from the shelter of compassion and pity, you will have men who will deal likewise with their fellow men.

All of these quotes are from men.

The sad news is that women caring for animals has held a stigma for quite some time. That’s what irritates me the most about being called a “crazy cat lady.”

It’s shameful to be a woman, especially an old, unmarried woman, who cares for animals. We’re all hoarders, imbalanced, crazy and are somehow separate from the rest of “civilized” society. These same women throughout the centuries have been taunted and beaten, swindled from and pounded with garbage when they ventured into the streets. They were called witches, were tormented, beaten, and often persecuted and killed.

That is not compassion, morality, or love. It reflects centuries of the worst in human nature.

“Crazy cat lady” connotes so much barbarity . In 2013, we don’t use phrases like “fag” or “retard” in conversation because of the amount of violence, fear, and ignorance their use connotes. People who say those words now sound like idiots. Most of the change in vocabulary came from social pressure, from people who have spoken up and said, “that’s not cool.”

So, it’s not cool to call me a crazy cat lady. I care about animals and by caring about animals, I’m learning to be a better person. 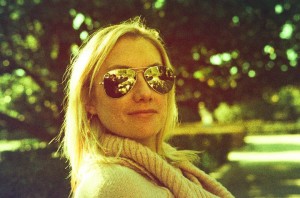 Julie Barko Germany is the Vice President of Digital Strategy at DCI Group. She previously served as the director of the Institute for Politics, Democracy & the Internet. She co-founded the mCitizen Summit in 2011 and is the conference director for the CampaignTech conference. She lives in Alexandria, Virginia, where she and her husband spend their free time herding their four cats: Patches, Jasmine, Bert, and Ernie. 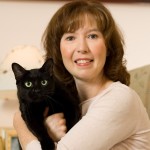 Allie Phillips is a nationally-recognized author, attorney and animal advocate. As a prosecuting attorney volunteering in her local animal control shelter, she exposed the barbaric pound seizure and has gone on to eliminate the practice in numerous shelters. That started her path as a strong, effective and respected animal advocate. Allie has been a federal and state animal protection lobbyist and nationally trains professionals on animal protection and prosecution issues. She has written the award-winning and only book on pound seizure: How Shelter Pets are Brokered for Experimentation: Understanding Pound Seizure and the go-to guide on getting involved to help animals: Defending the Defenseless: A Guide to Protecting and Advocating for Pets.